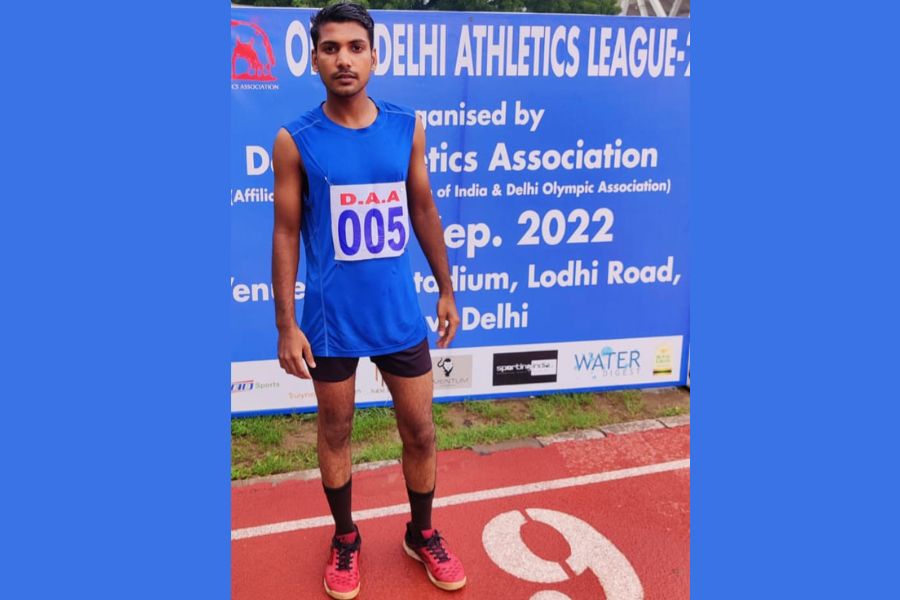 New Delhi [India], January 25: He is also an athlete who has competed at the national level and won a silver medal in the events of 100M & 400M.

Abdul Moyeed Khan is an inspiring young athlete from Uttar Pradesh, India. In 2020, he achieved a gold medal at the district level and a bronze medal at the Cluster level in Volleyball. This all was achieved during lockdown due to the determination and hard work of this player. He has not only improved his performance in Volleyball but also motivated others to follow their dreams despite the pandemic situation.

Abdul Moyeed Khan was born on 13th November 2005 in the Azamgarh district of Uttar Pradesh, India. He started playing volleyball at the age of 12 and quickly rose to prominence, winning a gold medal in the district-level tournament and a bronze medal in the Cluster level tournament.

Khan is currently studying at the Up Board School and is one of the most promising young volleyball players in India. We hope to see him achieve even greater heights in the years to come!

Abdul Moyeed Khan is a dedicated volleyball player who has achieved great success in the sport. He has won a gold medal at the district level and a bronze medal in cluster-level volleyball at UP India. His dedication to the sport is evident in his commitment to training and improving his skills. He is always looking for ways to improve his game and help his team win. His positive attitude and hard work have made him a valuable member of his team and helped them achieve success.

Abdul Moyeed Khan has achieved incredible accomplishments in a short amount of time. His passion and dedication to success have allowed him to become an athlete on a National level, earn medals for his efforts, and also serve as an NCC cadet at the 45 Battalion Gorakhpur. He is a true inspiration for many aspiring athletes who want to reach their full potential.

#NariShaktiCertified launched by NASSCOM to empower women through FutureSkills Prime