The producer behind hits like Munnabhai MBBS, PK and others, Vidhu Vinod Chopra, is on the rise again with Shikara. Although the film was very well received, it was also criticised by some. Here he talks about the admission to his film, the selection of the actors and whether he will continue to direct.

I’m sure you’re working on the lockdown of #StayHome, too. What do you think?

Yeah, my family and I are absolutely committed to isolation, and we stay home by order of the authorities. The whole world is in an unprecedented situation. My heart goes out to the migrant workers who are suddenly out of work and already suffering. The scenes taking place in our country and all over the world are extremely disturbing. I’m wrapped up in work because it’s all I can control.

Although many liked the Shikara, there is one passage that questioned the authenticity of the story and accused you of marketing it. How did you catch all those reactions?

I’ve also heard people say that I dilute or deform the plot for commercial purposes. I find these statements very questionable, because most people who talk about it on digital media have not seen the film. They probably have other motives for spreading the negative. And these trolls don’t know the exact meaning of marketing either. Some of the films I’ve made have opened at 30 or 40 crores. I spent many years of my life making sure that Shikara would never make such a discovery, because I wanted to tell a story about my people, their stamina and courage. I also wanted to keep the promise I made to my mother before she died in exile in 2005. If I wanted to make a movie with only commercial profit, I would make Munnabhai or 3 Idiots in the sequel. It’s a simple logic that most people will understand. The accusation of commercialisation is unfounded and I want to invite everyone to see the film and judge for themselves.

How did all this noise affect the creative artist in you?

This has strengthened my determination to continue making quality and meaningful films. A movie that can change things.

Why did you decide to post two new faces for Shikara after working with famous and acclaimed actors?

Competence and the ability to represent emotions are more important than age. I was looking for intensity and innocence. Authenticity was the key to bringing out the good feelings of the community that had been expelled from the country of origin.

I auditioned for Jammu, flew to Bombay and auditioned here. That’s how I found Sadia. She’s from Bhaderwa, that’s in Jammu. Of course she had her own obstacles – her father did not agree, the family has her own prohibitions and skeptics. I had to make long video calls to convince his family. What I said in Kashmir was very useful. But eventually she came to Mumbai. And I didn’t even have to listen to him. We took the pictures and I knew right away she was my character. It’s absolutely phenomenal.

I really wanted to have a good voice as a poet. When I heard Adil’s voice, it immediately reminded me of Amitabh Bachchan’s voice. And it was certainly useful that he was very familiar with the Kashmiri culture because of its Kashmiri origins. And the same rigorous process continued for him until he gave master classes for two years. He surprised us all with his controlled anger in his speech. 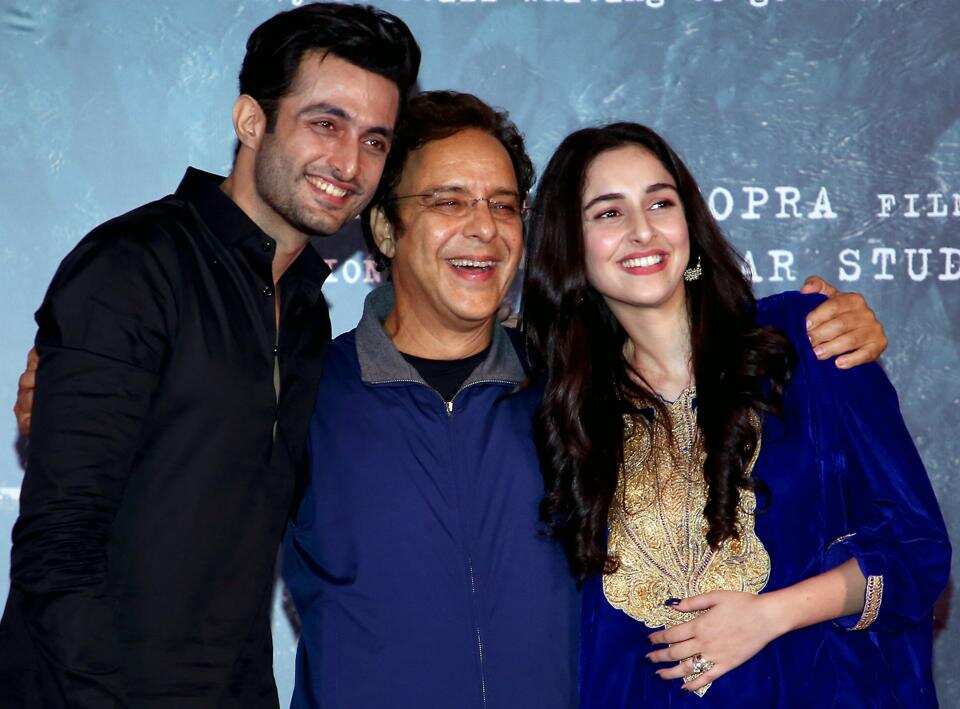 How do you find the right balance between reality and fiction? How do you define the limit of creative freedom?

In a movie like Shikara, everything is based on facts. It’s a story about the exodus of pandits from Kashmir. Rahul Pandita, who survived some scenes in the film, wrote with me and Abhijat Joshi. It’s a complex subject, so you have to weave a story to make it look like a film and not a documentary. When you see world classics like Gone with the Wind of Doctor Zhivago, each of them is a love story in the midst of enormous civil unrest. Shikara tries to follow the same pattern.

In the interview, you said you’re not afraid to fail. What kept you brave?

There’s a beautiful line of Faiz Ahmed Faiz: Faiza thi raah sar ba-sar manzil; Hum Jahan pahunche kaamyaab aye, with this I fully identify myself. I always strive for perfection. Even if I make a bad movie, I try to do my best. This wish makes me fearless.

Director Vidhu Vinod Chopra on a special screening of his feature film Shikara, The Unwritten Story of Kashmir’s Pandits.
IANS.

His first feature film was released in 1981. How has this been going for almost four decades?

It was a dream. I came from a small mojalla in Kashmir with the dream of becoming a director. My dad hit me when I told him I wanted to make movies, he felt like I was starving in Bombay. My journey from a small town, a lower middle class boy, to where I arrived has been very satisfying.

What do you consider to be your highest professional level?

I would say that the creation of Shikara was my greatest professional achievement. I started in this position after the death of my mother in 2007. The exodus of Kashmiri experts is known, but the complexity and escalation of events leading to the withdrawal of Kashmiri experts is unknown. This film required a lot of research to tell a fascinating story based on facts and to put this conversation in the foreground. I’ve worked a lot in those years, but it was probably the most difficult for me, because as a filmmaker I had to remain impartial to understand the truth and at the same time present a convincing argument to say that the only way out of this hate is love, and this is the heart of my film. The love between Shiv Kumar Dhar and Shanti Dhar (by the way, the main characters are Shanti, also my mother’s name) is a unifying factor that makes us think beyond hate. The shooting took place mainly in Kashmir, which was heavily guarded, so we had little time to work. Authenticity was the key. The writing also took a lot of time, because I had to rummage through tons of documents and videos to bring reality to the celluloid.

James Cameron saw the movie, came up to me and said: Did you know you made a masterpiece of wine? It meant a lot to an artist like him. Shikara is my best job yet.

When you started, was there a particular brand of cinema you wanted to be associated with?

I lived by Ingmar Bergman’s commandment: Have fun without selling your soul. For me it’s a mantra, and I’ve done my best to imitate it at work and in life. That hasn’t changed and won’t change.

Your movies reflect the fact that your definition of entertainment is completely different. What do you like?

Are we going to watch any more of the movies you’re making?

Italy to ease the lockdown and welcome tourists on June 3