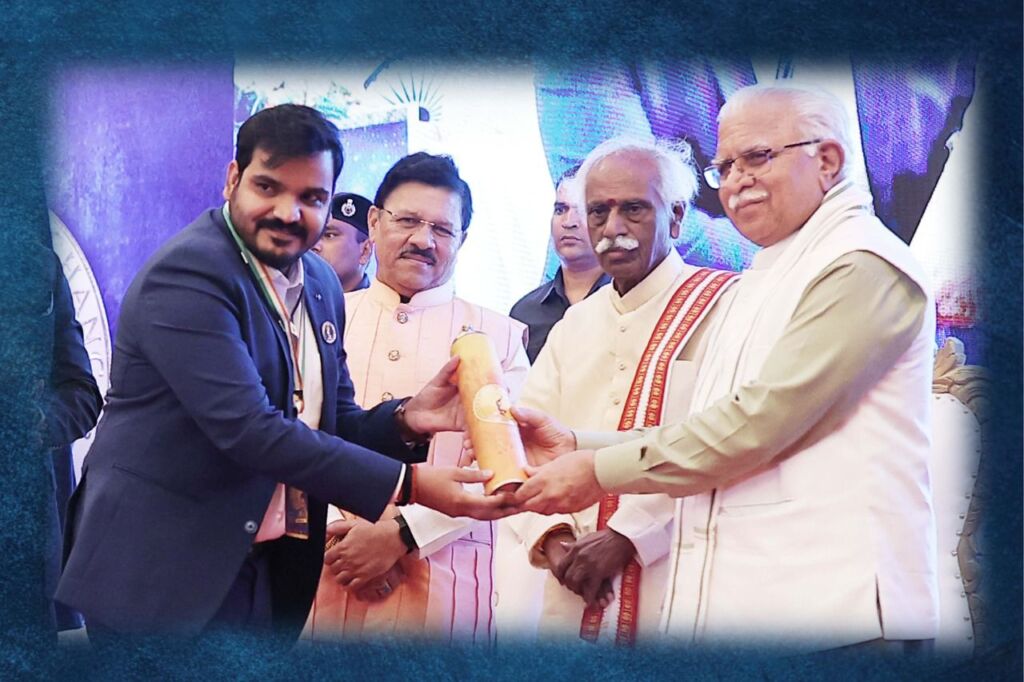 Patna, October 7: Rupesh Pandey, The country’s young business icon was awarded as the Champion of Change for the year 2021. He received the award from Haryana Governor Bangaru Dattatreya and Chief Minister Manohar Lal Khattar.

He received this award for the incredible achievements of his micro-finance company ‘Gandhi Mandela Foundation’ in India, which is growing day by day under his leadership. Nandan Jha, the company’s chairman, also congratulated Rupesh Pandey for this achievement.

Rupesh Pandey hails from Bihar, but he works in Mumbai and Gurugram. Under Rupesh Pandey’s leadership, the company has made a lot of people self – suffice in Haryana. His tireless hard work, effort and vision led to the better development of his company, as well as took forward the people of Haryana.

All his achievements had an effect on the Award Jury member Chief Justice of India Justice KG Balakrishna, and he was selected for this award.

Rupesh Pandey expressed his gratitude and said, “success is not achieved when you are alone. I did my hard work and was dedicated enough, but then it was also the trust of the company and the people who believed in it. This is the reason I want to give credit for my success to all the people working with us, along with my parents, who are constantly contributing to our company in some way or another”.